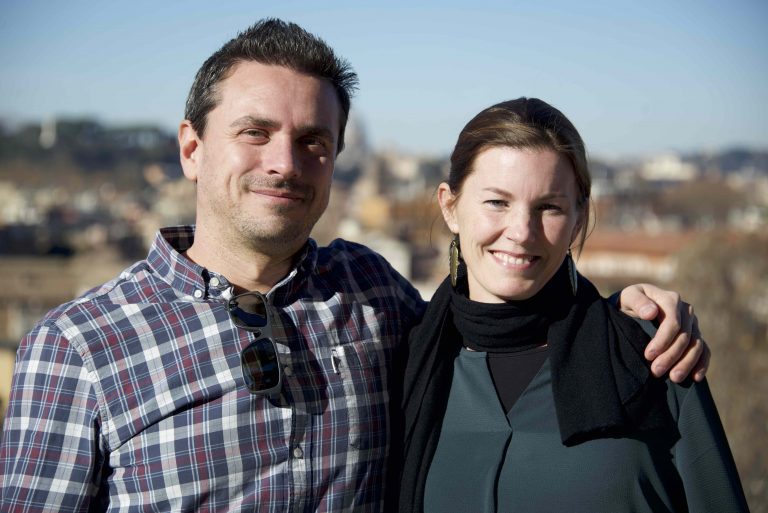 Life is short. Sounds like a cliché, but can you disagree?

As soon as you become a grown-up, let’s say somewhere between 18-28, you slowly start forgetting about your dreams and start focusing on “reality”.

You get an education if you are able to.

You get a job if you can find one.

You get a family if you are lucky enough to find the right person to build one with.

The rest is “standard living”.

You work for 30-40 years in order to provide for your family, pay the bills, send the kids to school and hopefully even afford a couple of holidays every year.

Well, if you start working in your early twenties, then you might be able to enjoy your retirement while health is still on your side. If you get an occupation in your late twenties or even thirties… well, you do the math!

What are we trying to say?

My wife and I are a couple in our early forties, two kids (twins – 5 yo), a nice detached house in the south of Sweden, with a garden and a garage, two cars, no pets (yet..). Ain’t that the picture of an accomplished life?

Both Yes and No, if you ask us.

Don’t get it wrong, we are privileged in many ways. BUT we are stuck in the “standard living”. Or at least we were.

Let’s take it from the beginning. Bare with us for a while ’cause there might be something in it for you.

My name is Andrea. 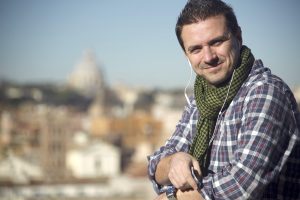 I was born in Rome, Italy in 1977, the very same year that “Star Wars IV – A new hope” opens in cinemas, along with “Saturday Night Fever”, “Rocky”, “King Kong” and “Close Encounters of the third kind”; The Eagles release “Hotel California” and the first “Apple II” computers go on sale.

Mom former State employee, dad retired after a life in the aviation industry. A very regular working-class family. The four of us (my brother was born the day after my 5th birthday – what a present!) moved to a small one-bedroom apartment downtown after a few (but long!) years living in a tough suburb forgotten by God.

My very first work experience came around 1995 when I got a job that I didn’t understand much about at the time: “IBM Merchandiser”. My duty was to promote (not sell) the brand-new IBM PC line “Aptiva”. My computer knowledge and even my interest in the subject was close to nil back then. My poor results were therefore not really a bolt out of the blue. I quit after six months. At least I learned what it meant to be “employed”, and even got to travel up and down my Region. In fact, almost all my salary got drained by petrol expenses and car repairs.

In the meantime, I started my University studies in Biology. A journey that was supposed to take 5 years but that instead took me 8, also due to a parallel summer job as a freelance musician in the island of Zakynthos, Greece. Eventually, I graduated with a specialization in Freshwater Ecology.

After many years of efforts in terms of time and money put into my education, my life took a different direction. With one foot already abroad (Greece), I moved to Stockholm, Sweden in 2004 in search of a Ph.D. and perhaps new life opportunities.

I learned Swedish quite quickly and within less than a year I got myself a job as an Italian teacher in an Adult Education Association. That’s where I met Madeleine, my partner, and mother of our beautiful twins.

My name is Madeleine. 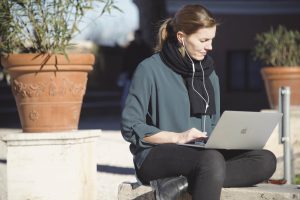 I was born in the middle of Sweden in the great summer of ‘79. The same year that China institutes the “One child per family law”, a snowfall whitens the Sahara Desert and Trivial Pursuit is launched on the market.

My family picked up early on the trend of today’s “modern family”. I have many siblings but none of them with both the same mother and father.

And by the way, I was not even meant to happen – as my father was married to another woman and they had another child underway. But life has been pretty good to me anyway.

I spent my first 5 years with my mom and my 11 years older brother who was my hero through my childhood. We moved around a few times until we eventually ended up in the south of Sweden where I could set my roots. I even became a big sister to two more brothers.

In my teens, I eventually got to meet my father – and, with him, four more siblings!

My first job experiences came quite early. Brought up in the countryside, there were plenty of jobs for teenagers during the summer. Picking strawberries and flowers for the supermarkets, chopping salad for Mc Donald’s bestselling hamburgers, as well as less glamorous occupations like bringing hens to the “slaughter truck”. Didn’t give it much of a thought back then, since it was good money for a young girl, but I later decided that that was probably the worst job in the world!

After my University studies in Stockholm and a couple of proper and well-paid jobs as IT-Engineer, I traveled to Tanzania, Africa, where I volunteered as a teacher assistant in a primary school. A real life-changing experience! It made me realize that I was accustomed to superfluous high standards and that the concept of time can be perceived in a much more relaxed way. Despite its drawbacks, I love Africa – I love the spirit, the red soil, the open land.

Back in Sweden again, an old friend of mine and I came up with the idea of taking an Italian language course together. That was supposed to be just a cool thing to do with a friend but it actually turned out to be another one of those major turning points.

That’s when I met Andrea, my partner, and father of our beautiful twins…

Emil and Marco came to this world on a snowy winter day in January 2014. That’s when everything changed for us. And that’s probably where our story finally gets relevant for you too. Thanks for your patience so far!

After the first few years struggling with diapers, sleepless night and wearing 9-5 jobs, we eventually came to a conclusion. Although our privileged life was rolling steadily, it was not really the future we had dreamed of a few years before. There was love, healthy kids, a house, two cars in the driveway, food in the fridge and money to pay the bills. Yet, something was missing.

Why do you have all these things in your life if you don’t have the time to enjoy and take care of them? 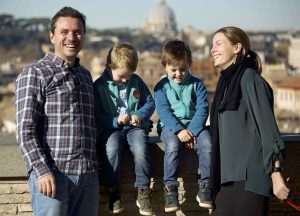 This need for freedom and independence has been growing inside of us for the past few years. The constant craving for more time (and money, needless to say) to spend with the boys, to travel the world with them, to visit our family and friends in Italy has resulted in a massive frustration.

We eventually realized that we had to do something about it. So that’s when we started doing some research and came across Digital Experts Academy and The Six Figure Mentors, presenting quite a straightforward, although intriguing, online business model that was totally new to us: “Affiliate marketing”.

The concept was all about the possibility to generate a stable and substantial income without the need of trading your time for money and with the flexibility of working from home or anywhere you’d like to. We took the chance and it was probably one of the best choices we’ve ever made in our professional lives.

Don’t get it wrong though, it was not a walk in the park. There has been a lot of hard work involved, just as in anything you want to be good at.

Chances are, since you’re still reading, that on some level you can relate to our story and may be wondering if our experience can be of any help to improve your lifestyle.

Well, it really depends on you, and who you are as a person.

It takes courage, consistency, and willpower to get you to your goal.

IF you are not ready to engage in a journey that takes time and, frankly, quite some effort, then it won’t work.

IF you lack in consistency, perseverance, and open-mindedness, then it won’t work.

IF you are not motivated to invest in yourself, then it won’t work.

IF you are not driven by a strong inner desire to change your lifestyle, then it won’t work.

Why is it working for us?

As mentioned earlier, we do have that strong inner desire to improve our lifestyle, and we’ve been determined since the very beginning, to do what it takes to make that change.

And most importantly, we dared to look for help, and found it. It’s not about “what” you want. It really is about “Why” you want it and how you’re going to get it.

The motivation must come from within. And it can be anything.

Maybe you are in a job that’s not as interesting as it used to be. Maybe you feel under-stimulated or underpaid. It makes you unhappy and you are seeking a way out.

Or even worse, maybe your Company is doing layoffs and your job might not be there at all tomorrow. That’s why you need a plan B.

Perhaps you are a mom or a dad who got sick and tired of the time-swallowing career that’s keeping you away from your family. In the meantime, your kids are growing up and you feel you’re missing out. Just like in our case.

Well, you are still reading. Then we guess you do feel like you need to do something about it.

The good news is, it doesn’t need to be anything drastic, like quitting your job tomorrow.

Furthermore, the simple fact that you took the time to read about our story is a clear indication that you already ARE taking action. And chances are that you actually do have the motivation that it takes and you really are serious about changing your life!

As someone said: “Insanity is doing the same thing over and over again, and expect a different outcome”. In other words: you can’t expect to have a better life if you don’t do anything to make it better.

If you want a change you must take action.

It sounds quite logical, doesn’t it? And yet so many people just let their life go by without even giving it a thought.

As we see it, the theory is plain and simple:

Now the question is: DO you want that change?

If you do, take action and decide for yourself if this program would be a good fit for you. ⇒